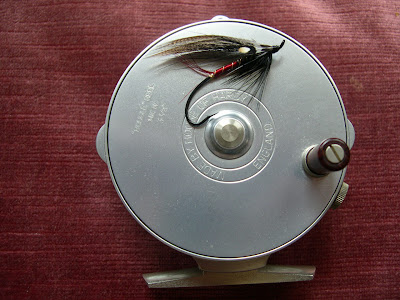 Based on the British Governor and Coachman patterns, this version of the Improved Governor was used on the Eel river as far back as 1910. It sports a bronze mallard wing with I have reinforced by an underwing of black bear. 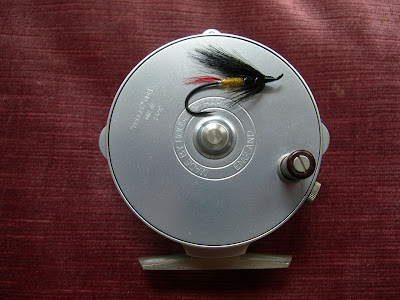 Black Prince: An old pattern tied with hand dyed wool. This pattern is believed to have originated on the Umpqua around the turn of the century. 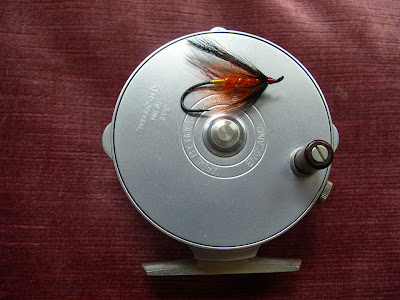 Unnamed original. A brighter fly to catch the eye of steelhead. The orange glows through the swept back black hackle and wings and the yellow butt acts as a spotlight. Good searching pattern. 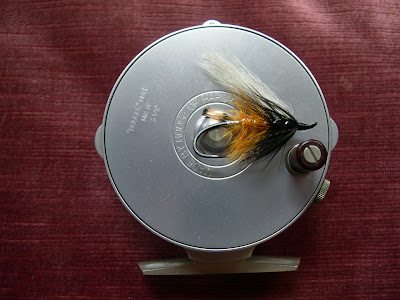 My attempt at creating a traditional looking fly that can tempt steelhead in our colder water spring environment and be large enough without the use of flash or synthetic materials led to this Ackroyd with reduced dressing and using polar bear for the wing.
Posted by Erik Helm at 1:01 PM