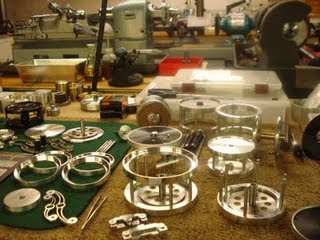 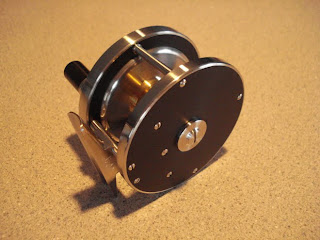 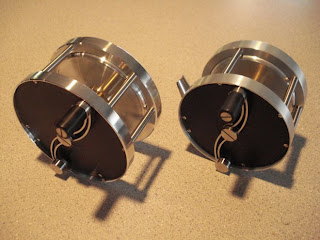 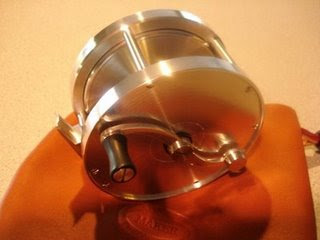 At a meeting of local steelhead fishermen last year, I was introduced to Stefan Brusky. Stefan is a near neighbor of mine here in Wisconsin. For the past ten years or so, Stefan has been building, testing, and perfecting bench-made fly reels in the classic American style of Bogdan and Vom Hoffe. I took a tour of his basement workshop and I must say that few machine shops could hold a candle to his. His reels are works of art, as well as functional. His hollowed s-curve handle is his trademark. Stefan makes the reels in all shapes and sizes and configurations. He produces gear and pawl as well as disc-drag models for both single hand rods and two-handers, all the way from trout to salmon.

Milwaukee used to be known as “The machine shop to the world” for its skilled machinists, factories, small shops, industries, tool and die makers, etc. Stefan has brought Old World tradition through to the modern world.
In a time in which quality classic reels are running up to $1,200 for a factory production model, hand made reels are becoming a choice for the discriminating angler. Why not own a piece of art?

You can view Stefan’s reels at his website here.
Posted by Erik Helm at 10:03 AM