Matching the hatch on the River Styx 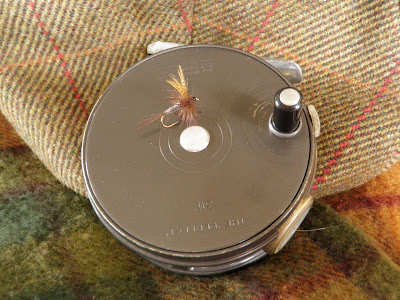 Is Matching the hatch dead?

Coffee and Internet forums often lead to pondering, and so, this morning I pondered a response to one reader who mused, “Does anyone still fish a Blue-Wing Olive and match the hatch? Like, why would you want to do that? So lame…”

It was a bit of a jaw-dropper and a slap… like drawing a mustache on the Mona Lisa.

In the history and lore of the sport of fly-fishing for trout, nothing is woven through the fabric defining the shape of this wonderful pastime more than the insects and their imitations of fur, feather and dainty hook used to fool the fish.

From the early records in Macedonia, to the written descriptions of flies in the Middle Ages by Benedictine Prioress Berners, through Schweibert, Flick, the color plates in Bergman, and on to Swisher and Richards, an integral part of the game was figuring out what the trout wanted to eat and when, what the bugs looked like, and tying and fishing imitations of those specific bugs. It was and should remain as big a part of the trip to the stream as the rod, reel, and line.

It also was a part of the sport that dripped of art and refinement. Matching the hatch took time and observation and brought us closer to nature. Those that expanded the myopic view of bugs to the greater world of seasons, weather, and the natural world found patterns, reflections and ties to Solunar tables, and cycles of blooming wildflowers. When the trout-lilies first opened their white bonnet of delicate petals, it was time to look for the black caddis hatch, and the arrival of red-wing blackbirds might point to early stoneflies.

Peering under rocks to find both mayfly larvae, and possibly the deeper meanings of life is recorded in the writings and musings of great authors whose tongues dripped the honey on bound pages that we have savored for a century or more.

So, what happened out there on the river in recent years while I, and many others were watching the clouds and listening to the water-music?

I have a 1998 Orvis catalog in front of me with battered pages. In the fly section are all the names we have become familiar with: March Brown, Hendrickson, Blue-wing Olive, Pale Morning Dun, Pheasant-Tail Nymph, Sulpher, Stimulator, etc. Even the ‘New’ flies for that year bearing the names of their creators had the type of insect they represented in their nomenclature.

Fast-forward to a catalog from 2020, and we see oddly names flies with gaudy colors that look like an acid-trip at the vise. These new ‘Attractor’ flies are now all the rage. They are the cool new IPA of the moment. They bear names conjured up after a few too many IPAs as well: Dirty Hippy, Hippy Stomper, Fat Bastard, Cow Dung, Shag Nasty…

How can the lowly Blue-Wing Olive compete with this? It has no pink rubber legs, no cool name, and no tactical jig hook. It isn’t even made of foam. Dude, only ‘Boomers’ would use that! So, at the fly-shop poor little Blue-Wing Oliver is an orphan again, sitting in the bin with the other foundlings and cast-offs: a whole orphanage of forgotten flies. Dickens would be proud. We can almost hear them singing for a bit of water-time… or gruel. Unloved, these classic flies imitating the insects of our trout streams have been eclipsed by the new hipsters on the block.

“But what about innovation?” I can hear the question already… One angler once told me that “Today we have better flies.” I replied that, instead, we have ‘New’ flies, but that something was missing as well: the art and beauty of simplicity.

As time passes, what we all took for granted as iconic of an era, of a genre, of part of us and our identities becomes overshadowed and eclipsed by something ‘New’. Innovation is a good thing. If not for innovation, we would be fishing with solid wood rods, canvas and rubber waders, horsehair lines, and using only wet-flies. However, when icons of a sport such as the classic flies of trout-streams that match the hatching insect are nearly entirely replaced by modern attractor flies, something is missing. A huge hole in the soul of the sport has opened.

Several weeks ago, I fished my home waters here in the Driftless area of Wisconsin. I was on a section of a river I know intimately. I was faced with failure, and it was a glorious experience. “What?” the reader might ask; “How is failure glorious?”

The answer is that I learned something, and nothing feeds and incites learning like getting your proverbial butt handed to you.

Fish were rising and taking on the surface everywhere. It was windy, and I couldn’t see any insects. Whatever the bugs were, they were small. I guessed and tied on a midge. I even had several midges land on my hand, so I felt affirmed. Every trout in the riffle and pool either ignored my fly, or gave an ‘Interested but not having any’ refusal look. I stubbornly kept on casting and trying, and having no luck, moved on the next bend above. No dice here either, so I switched the fly to a smaller midge with a lower profile and more pronounced black body. After a half an hour, and nothing to show, a single fat brown trout ate the midge, ran toward his bank-side abode, and the hook popped out. Fish: 34…. Angler: 0

See, but now I had the fly that worked… even if it were only once. Thus, I kept up appearances and doggedly soldiered on, failing all the way up the river, and never touching another fish.

Time to do a little snooping.

I spent several minutes looking about the rocks on shore for a clue. Up to this point, I had been as hapless as Inspector Clouseau. I finally turned over a large piece of bark to find the bottom crawling with tiny black stoneflies. I had never encountered this specific insect before on the stream I was fishing. Then I sat on the bank and pondered the situation. It was sunny and windy. The early black stoneflies I was seeing were not laying eggs, they were mating on the bank, so they were not fluttering and diving on the surface of the water. Instead, they were at the crawling stage. The fish were picking them off in the surface film as they made their way to the side of the river. No wonder I couldn’t see anything.

My midge had a black body of the correct shape and size, but it had a white wing. The stoneflies were solidly cloaked in gray and black. The trout wanted caviar, and I was offering them Oreo cookies.

I dug in my copious fly boxes and found some flies I had tied years before to imitate the even smaller black stoneflies of winter often observed crawling on the snow. One of them was a bit large, tied on a size 20 hook. I tied it on, and on the first cast and presentation, the biggest boy in the pool confidently rose and ate my fly. The rest of the day will be one of memories and dream images.

This experience is special because of how challenging it was, and because of the spectacular failure, regrouping and study, the eventual clue, having the right fly tied in hand, and the final joy of success.

Or, I could have tied on a purple size 12 upside down bath salt special with spotted yellow reggae legs and just remained clueless. Heck, I might have even caught a fish or three! Trout can sometimes be that dumb. After all, they have no hands to investigate anything, just eyes and a mouth, and the new flies are better! Sometimes they actually are…

I was guiding a client a couple of years ago, and he wanted to use his own flies. Despite my advice, he tied on a red foam thing with blue rubber legs. He proceeded to catch three tiny brook trout. These poor skinny little fish would have hit anything. Finally, I clipped off his fly, and told him to trust me, even if he didn’t believe me about the micro caddis flies that hatched early that morning and were crawling on the bank side vegetation. Suffice it to say that he was a happy angler at the end of the day.

Sometimes nature herself can be cool too in a subtle way without the gaudy pink rubber legs or goofy names. There are things that are happening all around us that we cannot perceive if we are not listening or curious, and are instead using the fly and the fish as props in a stunt. The bugs and the fish may be more important than we are on the river.

In the end, those of us that are snickered at for being ‘Old-School’, actually have an advantage. If we have an open mind, and admit that the new attractor flies have a place in our box along-side those somber and boring bits of fur and feather, we can adapt to everything. That is innovation without the eclipse. Then, when the trout are drunk enough to hit on that foam blonde at the bar that their friends tell them not to, we can be prepared!

Instead of the angler I recently encountered who only uses one fly for trout all year. He calls it the ‘Dead Lawyer’.

Which leads me to speculate out loud…

When we grow old and tired and gray, and pass from this world; when we pay the ferryman Charon to take us to the other side of the River Styx, will we be the last generation to grace those hallowed and fateful waters with a simple Blue-Wing Olive?