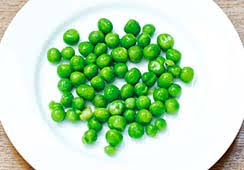 I met Mr. S. Fario, noted food critic and epicurean at a charming little restaurant near the Traun River in Austria. He was there to review the cuisine, and I was there to interview him for a book I was writing about fine dining.


He shook my hand as we were seated, and smiled through thin lips. He had thick glasses that gave his watery eyes a bit of an ichthyoid appearance, and his skin was strangely spotted. He wore a tyrolean hat with feathers, and a modest gray suit. Altogether Mr. Fario’s appearance didn’t live up to his fearsome reputation as one of Europe’s most discerning reviewers of fine food. Asked what his first name was, he only replied “Sal.”


The waiters and staff at the establishment seemed to already be aware of who he was, and there was a scurry of activity at our table as the menus were proffered and the wine chosen. Fario ordered a bottle of Riesling and began to scan the menu. He decided to begin with a fish soup for the first course. When it came, the aroma preceded it. Rich with potatoes, onions and a rich fish stock, after one sip I fell in love with it. Not Fario however. For some reason he sent it back to the kitchen proclaiming that it was a touch too warm. A few minutes later a second bowl arrived, but after sniffing it, Fario sent it back again claiming this time that it was too cold. I ordered another bottle of wine, since this meal seemed to be going into interesting places. Fario was one quirky fellow.


He summoned the waiter again before I had even finished half of my soup and changed the order. For some bizarre reason, Fario ordered fresh peas, stipulating over his glasses to the hapless waiter that he receive 36 peas in total. Murmurs and whispers could be heard coming from the kitchen as the staff hurried and improvised to cater to the noted critic’s whims. A plate arrived with the peas, and Fario smiled at their freshness and began counting them: precisely 36. “Excellent!” he proclaimed as he handed the plate untouched, complete with the full complement of peas back to the waiter. “Sir?” the puzzled waiter exclaimed quietly. “May I enquire if there is something wrong?” Fario stuck his nose in the air with a rather casual but haute expression and answered “ These are excellent peas… very fresh and firm… however, I never eat peas that size on a Tuesday, only smaller ones… We shall have a salad instead.”


I took a couple of swallows of the wine, and began taking notes in secret on the back of a little matchbook. There would never be enough space, but square in the middle, I wrote the word ‘Enigma’. This was one very odd food critic. I began to feel sorry for the chef and the wait staff: if a review were to be written by Fario, who would know what to expect at this point.


The salad arrived, and Fario began to pick at it, studying each piece and flicking it onto the tablecloth as the nervous waiter stood by and sweated. His bowl clean, Fario reached across the table and picking one of the flowers from the centerpiece vase, ate it delicately, making sounds of appreciation the whole time. “Very tasty and aromatic salad!” he stated out loud. “Now we shall have the Frankfurters.” “Sir?” the startled waiter exclaimed. “We don’t serve Frankfurters, they are not part of our menu…”


“Well,” Fario said, rising in his seat to his full height, “I want Frankfurters, you know… Vienna sausages, hot dogs, wieners… that is what I want now, so go make them for me.” “I will just have the roast please,” I said, trying to add some distracting diplomacy to this lunatic scene. The waiter whispered something to a young lad in an apron that was hovering near the door of the kitchen, and the youth ran out the door of the restaurant and around the corner to the local butchers. “Er… h-h-how would you wish us to prepare your sausages Herr Fario’” said the waiter in trepidation. “Gently boiled with currant jam,” was the improbable answer. I was just happy to have my roast, and not to share in this bizarrely selective and downright strange diet that my companion insisted on. He seemed to like the sausages when they arrived, but told the waiter he preferred them boiled in the currant jam, not boiled separately and served with the fruit preserve. I began on the second bottle of wine…


He now ordered a small pate de foie gras de hopper to cleanse his palette. He wiped his mouth with his napkin after the first bite, and sniffing the napkin with flared nostrils, sighed in pleasure. He then consumed the napkin slowly chewing it while rolling his eyes upward. He ignored the rest of the foie gras.


I excused myself before dessert, claiming a pressing appointment, and thanking him for his time. He dismissed this with a smile and a flick of his hand. On exiting the restaurant, all the eyes of the staff followed me with a pleading and helpless look. The last thing I heard was Mr. Fario asking the now defeated waiter how the sautéed rooster balls over vanilla ice cream was.


I would bet my shorts that he sent it back and changed his mind.


What a gourmet, a gourmand, a picky fussy particular persnickety creature is Mr. Fario. Never wanting what he likes, never liking what he has, always eating what is not on the menu, a demanding snobbish little fish of a man.


The review written by Mr. Fario regarding the restaurant on the Traun gave it 4 stars… a rave review indeed. He noted that the salad had an almost floral quality and the napkins were particularly fresh.


Next week I will dine with Ms. Fontinalis, she likes everything…


For those that are wandering but not completely lost, Fario is the name of the common German Brown Trout… Salmo Fario to be complete, or Mr. Salmo Fario to those of us brotherhood of the angle who ply the waters offering this epicure our whole fly-box of patterns in utter defeat, only to have him swim over and begin chewing on the shoelaces of our wading boots.
Posted by Erik Helm at 3:22 PM