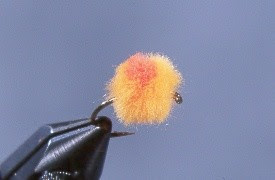 Ah spring, when thoughts turn to love, the birds begin to sing, the sun to shine again, and the dreaded gravel raping tradition comes to our tributaries.

What is gravel raping you ask?

Well… you asked. Don’t blame me if you get angry or disgusted.

Gravel raping is the act of ‘Fly Fishing’ for spawning steelhead. These fish are building gravel nests in the river, often in shallows, are engaged in the act of procreation, and thus provide easy targets. The ‘angler’ stands next to the spawning pair of fish and repeatedly flops glo-bugs at them until the fish actually eat the thing, they line the fish by passing the tippit through the fishes mouth thus hooking it on the wrong side, or just plain foul hook the fish. Then they botch the catch and release, use a net to smash the fish into the gravel, and fall in the river. It is about as ethical and graceful as it sounds.

As they walk the bank looking for gravel redds they mouth the words “Have you seen any fish?” much like the zombies in the movies endlessly call for “Brains!”

The gravel rapers refuse to believe that any steelhead can be caught unless you see them first. They have no faith in the swung fly, and since they fish this way every year, catch (snag) fish, they never progress or learn any further skills such as READING WATER. They wade in circles, never fish actual runs, and are unpredictable. They are like the players in an electric football game. They wander in aimless directions, one goes to the left one to the right, one spins in circles, while the fourth one falls down.

As the legions of gravel rapers congregate to the river, they all look like carbon copies of each other, sporting the ‘Orvis look’. They sport thousands of dollars of gear, and a good cigar as they make a mockery of everything sporting and traditional in fly fishing.

Yours truly passed up five gravel rapers fishing to the shore in a foot of water, and stepped into a nice deep and fast run. Second cast in my small gonatid squid tube got hammered by a hen in the center of the run hard in the swing. As my reel began to wail, the nearest two gravel rapers looked up in wonder as if to say “I wonder what that guy is doing…?” “He seems to be catching fish.” Then they went back to flailing the gravel. One guy foul hooked a fish, got his hands and line all tangled and lost it, and another guy got stuck on the bottom. The third guy hooked himself and fell in.

Gravel raping in this authors opinion is the worst travesty visited upon the fly fishing community… but it sure can be entertaining to watch.

Thank heavens these are not wild fish. Then it would not be funny.
Posted by Erik Helm at 12:16 PM