An Ode to Old Fly Reels

There is something about old reels that captivates me. Perhaps it is a sense of history; fishing them in honor of a time when things were hand-made by people who were passionate about their work and craft. Something that is hard to come by today outside the cottage craft movement. Skilled makers with years of experience toiled over these winches so that we could enjoy our time on the river with the best product they could produce. The craftsmen even placed a stamp in many cases on the inner surfaces identifying the maker.

To me this adds a sense of being involved in history. Where did these reels come from? Who owned them before me? Where did they get fished? How many stories could they tell if they could only talk?

There is a certain aesthetic in my mind’s eye as to what a fly-reel should look like: a classic look if you will. Early Hardy reels from England, older Orvis CFOs, even the ubiquitous Pfluger Medalist carries a certain ‘rightness’ to it.

Somewhere along the line the design of fly reels underwent a shift led by the look of technology, and today many reels look as if they were a part that fell off of a rocket ship, or a hubcap from a Ford Fairlane. The ‘newness’ factor became the primary selling point, as well as the drag setting that allowed the user to tighten down the check mechanism to the point where the reel broke off fish. Anodized finishes now come in red, blue, pink, and every color out there so that we can match our clothing with the reel.

For me, being a player in the endless timeline from the beginnings of fly-fishing and bringing a continuance to these old reels compliments the fishing itself like a fine wine brings a meal together. There is a story behind the wine, and the reels as well.

The CFO in the picture was owned by Lloyd ‘Frosty’ Stevens who fished Wisconsin’s Oconto, Wolf, and Peshtigo rivers back in the day. Frosty was from Waukesha, WI. The 3 5/8 Hardy Perfect is a pre-WW2 model owned by famous angler Andre’ Puyons who owned the Creative Sports fly shop in Walnut Creek California. The 3 3/8 Perfect is a unique reel as it was a special order having the agate line guard up, and was attached to the top of the rod instead of the bottom. Fascinating! The monster in the picture is a 1917 check 4 ½ inch Perfect used to balance large bamboo two-handed salmon rods. It came full circle from one owner to another back to my friend and then to me. The old Orvis Madison was made by Pfluger as an Orvis version of the Medalist reel. It also belonged to Frosty Stevens. 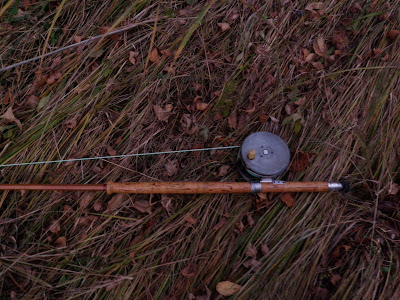 The care that went into these reels by their owners speaks to the pride they had in owning such equipment, for back in the day if you had a Pfluger reel, you were someone who was discerning. If you owned a Hardy reel, you owned the best there was.

They were the best, and I would argue they still are. Any reel that has all metal parts and can survive 70-100 years of use speaks volumes to the timeless designs and the craftsmen who meticulously made them.

A simple comparison that can be used is to fine rifles. Modern black plastic stocked bolt actions with stainless actions are more weather proof and durable than old rifles, but there is an undeniable aesthetic to rich wood and fine bluing, hand fitting and checkering. 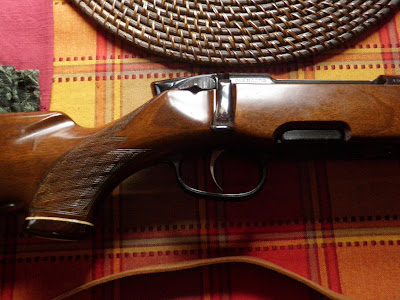 Some may call these old reels and sporting ephemera ‘collectables.’ I say use them. Museums are located behind locked doors. Let them breath and get wet and full of fishy smells. Let the old ratchets sing again. 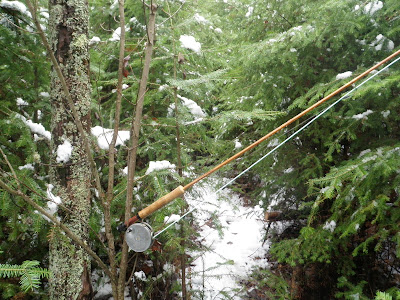