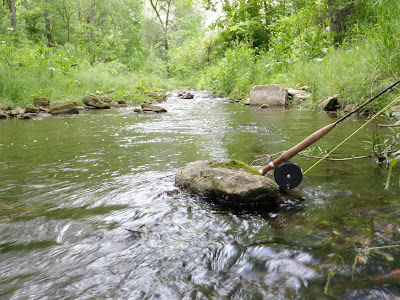 “If God had intended us to weigh trout, he would have given them bigger scales."  Don Zahner

I had a conversation with another trout angler the other day, when he asked me “What is the biggest trout you have ever caught?” I am a little too sly and old to be drawn into this ego trap, so I answered “10 inches.” He looked at me strange, and walked away to refresh his barley pop.

Of course I was being facetious, but as I thought later about memorable fish this year, it seemed that many of the bigger fish were left out of the trip down memory road, and instead I seemed to value fish I had worked for with a special presentation, an amazing cast, or….? Foremost may be a ten inch brown that took a grass hopper cast with little back-cast room at fifty feet and requiring the fly to ride down a 6” slot and kiss the left side of a boulder to put it under a clump of grass. When the little brown ate the fly, my friend exclaimed” Wow! You earned that fish!”

How do we measure success? Or should we? Is it measured in size, quantity, or happiness? Can that happiness come from a small fish caught a certain way? The questions and the philosophy filled my head as I hiked the coulee hills near my home and finally emerged accompanied by a cheap merlot, (it was a good Monday) and some jazz later in the evening.

See, the comeback to that anglers question should have been “What is the most beers you have drank?” and then “Now, what is the best beer you have ever had?” Provokes thought doesn’t it? 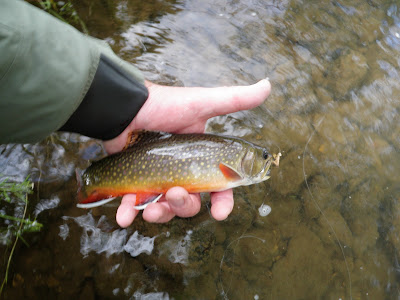 Satisfaction does not always equal large or many, and neither skill. A sip of a vintage wine may be more memorable than the college party when you drank all that punch, strapped a bra to your head and ran naked into the dean’s swimming pool… or maybe not…. Bad example.

Degrees of difficulty may be like a fine wine that makes the dinner come together. You figured it out. You delivered the perfect cast. You beat the wind, tied the perfect fly, figured out the hatch, etc. You solved the little problems on the stream.

Size does not necessarily equate skill as one angler figured out after he returned from a big western tail-water full of pictures and stories of 20” browns and rainbows, only to get skunked in a spring creek ten minutes from my home. This is why some of the most popular destinations in fly-fishing involve a simple equation: Where can one take a person who can’t cast or read water, and get them into a big fish? (or even a fish at all!)

Aha… are the lights going on yet? How many pictures of enormous rotting Midwest salmon do we have to look at before we realize size is relative? They don’t count you say? Well… they did for the guy who caught them…. Which is fine too. We all have to start somewhere.

However, there inevitably comes a point when we perform a miracle on the stream, and are rewarded with what we consider the booby prize: a small fish.

I think it is the effort and the skill that are their own reward. Satisfaction and difficulty are inherently related.

So don’t get down in the dumps when some fumble klutz bounces a wooly bugger off the back of their head and somehow hooks the biggest trout you have ever seen. That 6” trout you took with an unweighted nymph fished upstream without a strike indicator has it beat.

Just don’t get it mounted…..