The Wisdom of Grasshopper Bridge


Sometimes not catching fish can spur observations that lead us deeper into understanding the world of trout and nature itself. That was the case one late summer day full of allergies, sneezing, and sunshine when a friend and I stopped at a tiny spring creek where a bridge runs over it. 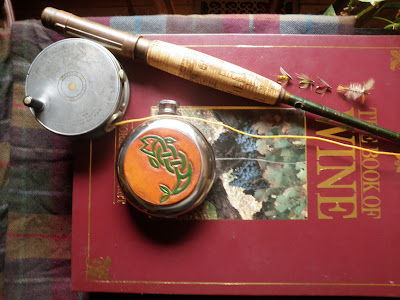 When we got out of the car on that hot day, we immediately noticed that we were scattering grasshoppers. They were everywhere. An inch long and green, they bounced off our legs as we walked to the bridge to observe the water. Sure enough, trout were rising below the bridge, presumably feasting on the hoppers.

I quickly geared up and went downstream to work my way up to the bridge. I tied on a hopper and placed a cast among the fish. It went ignored. Puzzled, I began to vary the presentation: splatting the fly, dead drifting it, twitching it… all to no avail. My friend, watching from the bridge above, quickly caught a grasshopper in his cupped hands, and dropped it over the side of the bridge. GULP! A trout came shooting off the bottom as the natural insect hit the water and ate it with enthusiasm. I cast again. No dice. I changed flies. No luck. My friend dropped another hopper into the water. SMACK! A foot long brown feasted on the dainty morsel. I couldn’t get a grab. What was going on?

Then a car came slowly over the road and a local farmer drove over the bridge. The hoppers sunning themselves on the road scattered in a chaotic panic, many of them flying into the car, careening off the abutment, and falling in the water. The feeding frenzy that followed was a sight to see. I threw my hopper into the melee, but it got ignored again. This was a puzzle that needed some thought! I climbed back out of the water and joined my friend on his perch on the bridge. There we dropped more hoppers in the water, which were eaten like Oliver Twist going at his gruel. Interesting….

We went over to the other side of the bridge. The water was quiet on the upstream side. I cast a hopper into the pool and immediately hooked a nice brown trout. The puzzle was beginning to come together. The hoppers that fell off the bridge on either side were washed to the downstream side where they were quickly examined and eaten. The fish living on that side were so use to hoppers that they had become highly discriminating; counting the legs and measuring the size while examining the color of the bugs in a millisecond before eating them. The fish on the upstream side were not so discriminating, and could be fooled with an artificial fly. We experimented with our little hypothesis a few more times, and sure enough, the upstream fish were game, while the downstream fish were college-educated.

Getting back into the car and driving to a different section of river, we discussed and debated what we had learned. Perhaps it was not just the trout and the hoppers that provided us with lessons, maybe it was taking the time to observe and think on the stream while getting skunked that was the lesson in itself. 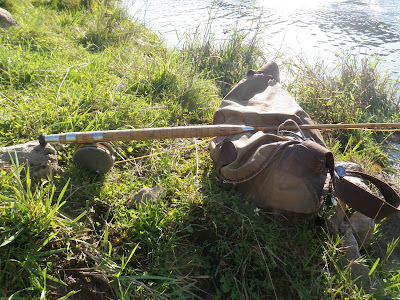 These years later, reflecting on the lessons of Grasshopper Bridge, I don’t remember the fish that well, instead, I remember the joy of learning. Those memories spur me these days to take more time out to observe and enjoy everything about this sport of fly-fishing. A sport that occurs among the wonders of nature, which if we make the effort to appreciate them, can often be much bigger than the fish.
Posted by Erik Helm at 11:22 AM