Play in the cold 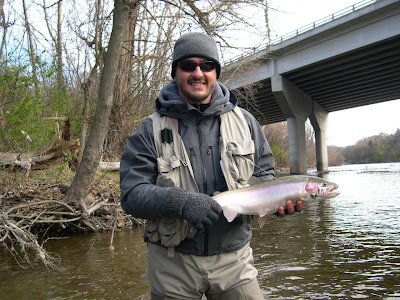 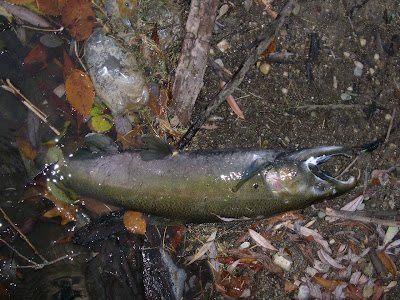 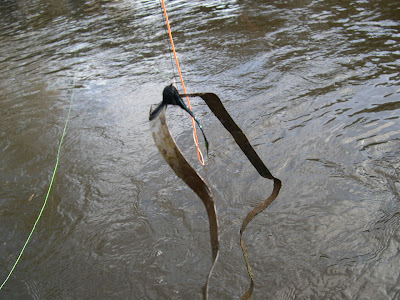 The fish have arrived along with the freezing temperatures. This is the time when chrome connections are made while attempting with futility to keep ice from building up in your guides. A time where no socks are 'too heavy' or warm enough. A time when arctic fox wings on tube flies freeze solid when walking back to the car, and passers-by make comments as to our obvious mental challenges as we trudge out of the river with our waders covered in frost and ice.
Our smiles freeze on our faces. We know...

I ran into Cory T. on the river and fished with him for a few hours. Cory can cast and fish like slow-motion poetry. He landed a nice fish behind me in a run that I half-heartedly fished as I always get snagged and lose flies. The fish was hot, and smacked his fly and jumped and ran upstream so fast we both thought it had spit the hook. We then went to another run to finish the evening (afternoon...it gets dark early no?). I hooked a good bright fish which got off. If the fish had run at all, I would have solidly hooked it, instead, it just came to the surface and twisted while I was attempting to set the hook. Nice to raise a fish though. Cory had a similar experience a few minutes later. The steelhead seem to be fond of lying in deep slow water instead of deeper riffles.

In the past several days I have hooked the full monty of the Milwaukee.
I landed this nice chunk of bailing metal on a big black fly. It fought pretty good for its size. I also hooked this coho with lots of teeth while stripping my fly back to me.
Another catch was a hook and line attached to a rock used as a sinker. It actually felt like a bass as it fluttered down after each time I lifted it.
Wonder what I will catch next?
Posted by Erik Helm at 10:02 AM