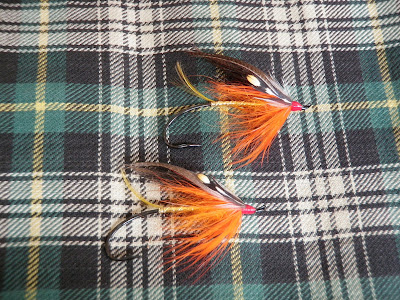 The Golden Demon was a British Empire pattern discovered by Zane Gray in New Zealand, and popularized by him through steelhead fishing in the 1930s.

The original version has no dubbing, but I added a turn or two of seal.

I also reinforced the bronze mallard wing by using an underwing of blackbear.
Posted by Erik Helm at 3:56 PM