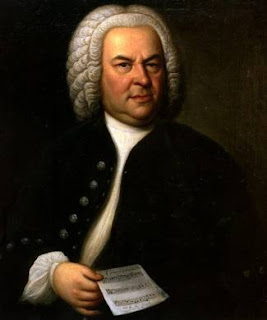 “Why the ‘Classic Angler?’” I pondered the other evening. I began writing essays under the moniker “The Classical Angler,” or “The Classic Angler” when I was forced to come up with a domain name for my internet writing ventures. I considered the name for a few seconds, and then ended up committed to it. I still don’t know why I chose it. However, in these recent evening musings and daydreams, I think I put my fingers around it.
Classical.

I guess to me this refers to the fine arts: Music, literature, architecture, visual art, etc. Its connotation is a little less direct, and here lies the majority of thought and substance: A dedication to fundamental principles and roots, an emersion in study and examination, technique and theory. It also refers to tradition, but that is another essay altogether.

Allow me to map out my train of thought. The map is drawn on an old used cocktail napkin, so forgive me for straying or getting lost.

Classical music is structurally the most advanced and involved form of music. Take the counterpoint of Bach, or the building development of a Beethoven symphony, one cannot but listen critically. It is also difficult to learn. Many of today’s most popular musicians have roots in classical music. It teaches technique. This is why my father practiced the piano incessantly, and why, when advising a talented young jazz bassist, Dad encouraged him to attend the Wisconsin Conservatory of Music and study classical as well as Jazz. It was good advice as it turns out. Once the technique, theory, and structure are understood and mastered, one can branch out and create or interpret.

It was the same with my mother’s painting. She studied technique incessantly both at the old Layton School of Art, as well as on her own, often hauling home armloads of books on the great European masters every week. She learned to mix her own mediums and colors from scratch. People often wondered how she was able to paint and sketch in so many diverse styles and wander from somber to exuberant moods in landscapes. The answer was that she spent years building a foundation.

This can be applied to all of life, as well as fly-fishing: learning to walk before trying to run, or studying the elements of a discipline as Marcus Aurelius would.

If you have followed some of my writings, you would know that tend to over think things, and am often guilty of a lack of discipline that allows me, for example, to attempt to tie Atlantic Salmon married wing flies before I know how to place the thread on the hook. My path is not always an even one.

We all tend to want to receive five minutes of instruction or study in the underlying foundations and elements of a discipline, and then go forth and conquer the world. Impatience? Perhaps.

In the movie Shine, the young David Helfgott is taken to his first professional piano teacher by his father, who instructs him to teach young David how to play Rachmaninoffs notoriously brutal 3rd piano concerto; a piece so devilish that it is known as “The mountain.”

The teacher instead grounds the pupil in Mozart.

I made the same mistake. The first major writing I did was to produce a 300-page memoir. This ambitious project took a full year, but since I had not yet learned to properly use language, it is requiring laborious and tedious editing. Instead, I should have first concentrated on short works. Study, learn, and then build on the foundation and progress.


Some people fumble around in mediocrity for a while, and then, concluding that they are stuck there, return to the roots and begin to study and practice the essential basics. Most people though, refuse to return to the beginning to learn.

In fly-fishing, I can find no better example of this than casting.

Casting is the one thing we anglers can actually control. We can’t make the fish bite, control the water temperature, clarity, or height, or calm the wind, but we can be prepared for anything our fishing outing throws at us by practicing the elements of proper casting.

One of the most common things I see on streams, lakes, and rivers is frustration caused by an inability to make the proper cast needed. This could be a wind-defeating double haul across the river to deliver a popper under a tree limb, or it could be a delicate ten-foot cast in a crystal clear and tiny stream with overhanging branches and spooky trout.

Yet, as I teach private and group casting lessons, or observe anglers on the water, I see the same persons making the same mistakes and exhibiting frustration. It is the rare person that, after struggling for a while, goes back to basics and solves his or her issues.

Its funny, golfers will spend hours at the putting green and driving range in order to look less like a buffoon in front of their boss at the annual company outing, but the same person will make a trip to the Henry’s Fork without the ability to mend line or roll-cast.

I don’t know why this is, but it seems universal.

Where was I? Ah, here I am on the right edge of the cocktail napkin next to the gravy stain and just short of the place marked ‘X.’

I guess it is my personal philosophy that in order to understand things one has to dismantle them, isolate the essential structures, and ground oneself in the fundamental underlying elements of technique that together make up the discipline or activity.

If you will, a classical approach.

If I had to create a moniker a second time, I might go with “The philosophical fool.”
Posted by Erik Helm at 6:05 PM