Ethics, and the Gentleman 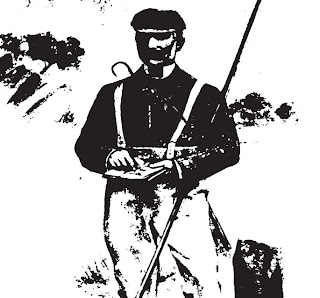 “Ethics involve an individual’s values. They’re about an angler’s understanding and endorsement of the concept of Fair Chase, and the desire to capture and release – or kill – salmon as humanely as possible.


Fair Chase is the philosophy of accepting restrictions that help level the playing field, giving salmon – or deer, or partridge – a chance to elude capture by craft, agility or strength. The ethical angler doesn’t merely want to get a salmon; he wants to catch one in a way that demands skill and the fish a chance to win. The laws of Fair Chase change, and there’s no universal agreement on them, but they can be described as sportsmanship. Just where an individual draws the line – does Fair Chase demand the use of barbless hooks, or is that just an additional flourish for anglers seeking a greater challenge? – defines the nature and quality of his ethics.


The concept of sportsmanship evolved from the Anglo-Saxon notion of the gentleman – the secular equivalent of a priest, who adhered to a code of conduct, or ethics…”

I consider the (modern) concept of the Gentleman to be a very important one. One of the highest praises that can be placed upon a man is that he be called a gentleman. It refers to a bearing and manner, an approach to life itself in all its intricate paths and myriad pursuits. A gentle-man is gentle. This does not refer to pacifism, but to respect and restraint, kindness and quiet. A gentleman walks through life with compassion, understanding, and the ability to listen. He treats others as he would himself be treated. He adheres to an ethical code. A gentleman is not born; he is made by his actions and reputation. Above all, he is wise. He bears himself with dignity and his touch is light upon all that cross his path.

The title or more correctly, the mantle of ‘Gentleman’ cannot be assumed, one’s peers must confer it. A sort of non-armorial peerage of manner.

The concept of the gentleman as emerged from Victorian times is a confusing one, with public education (read Eaton and Oxford), class, social status, organizational membership, armorial peerage, and ethics all jumbled together. It also may be good to note that their was quite a bit of hypocrisy in how a gentleman acted. People who referred to themselves as ‘Gentlemen’ slaughtered the ‘heathen’, cheated in business, oppressed others, took unfair amounts of game, opposed woman’s suffrage, etc.

To quote John Henry Cardinal Newman of the 19th century;

“It is almost a definition of a gentleman to say he is one who never inflicts pain. This description is both refined and, as far as it goes, accurate. He is mainly occupied in merely removing the obstacles which hinder the free and unembarrassed action of those about him; and he concurs with their movements rather than takes the initiative himself. His benefits may be considered as parallel to what are called comforts or conveniences in arrangements of a personal nature: like an easy chair or a good fire, which do their part in dispelling cold and fatigue, though nature provides both means of rest and animal heat without them. The true gentleman in like manner carefully avoids whatever may cause a jar or a jolt in the minds of those with whom he is cast; — all clashing of opinion, or collision of feeling, all restraint, or suspicion, or gloom, or resentment; his great concern being to make every one at their ease and at home. He has his eyes on all his company; he is tender towards the bashful, gentle towards the distant, and merciful towards the absurd; he can recollect to whom he is speaking; he guards against unseasonable allusions, or topics which may irritate; he is seldom prominent in conversation, and never wearisome. He makes light of favours while he does them, and seems to be receiving when he is conferring. He never speaks of himself except when compelled, never defends himself by a mere retort, he has no ears for slander or gossip, is scrupulous in imputing motives to those who interfere with him, and interprets every thing for the best. He is never mean or little in his disputes, never takes unfair advantage, never mistakes personalities or sharp sayings for arguments, or insinuates evil which he dare not say out. From a long-sighted prudence, he observes the maxim of the ancient sage, that we should ever conduct ourselves towards our enemy as if he were one day to be our friend. He has too much good sense to be affronted at insults, he is too well employed to remember injuries, and too indolent to bear malice. He is patient, forbearing, and resigned, on philosophical principles; he submits to pain, because it is inevitable, to bereavement, because it is irreparable, and to death, because it is his destiny. If he engages in controversy of any kind, his disciplined intellect preserves him from the blunder.”

This of course, is a rather saintly and glaringly catholic description, and one that may place too much emphasis on meekness.

Geoffrey Chauser clarifies the concept when he writes:
"Certes he sholde not be called a gentil man, that... ne dooth his diligence and bisynesse, to kepen his good name"

“Loke who that is most vertuous alway
Prive and apert, and most entendeth ay
To do the gentil dedes that he can
And take him for the gretest gentilman”

I have had the fine privelege of meeting a number of true gentleman in my life, and in every circumstance, have taken a bit of their wisdom and approach to life, and tried to make it my own.

They lead by example. Whether on the stream, or on the street. Virtue, ethics, and bearing.
Posted by Erik Helm at 1:16 PM