Wee Clave in the bog 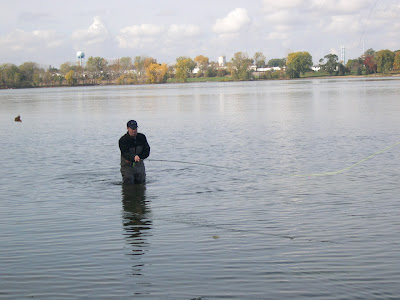 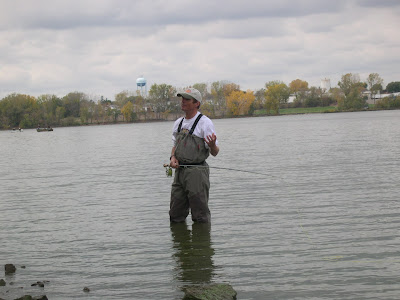 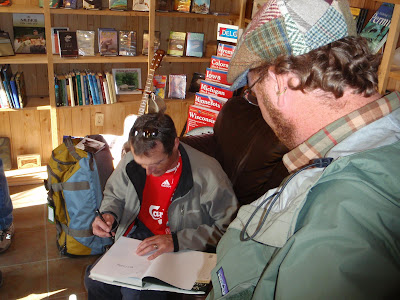 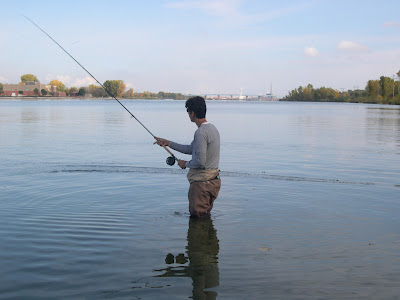 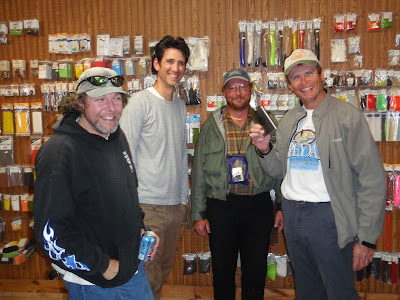 This past weekend I attended the Tightlines flyshop 1st annual spey clave, held both in their shop and on the algae and muddy banks of the Fox river. I had the priveledge of meeting Simon Gawesworth, and having him sign my copy of his book Spey Casting. Simon is a true gentleman, humble, engaging, and humorous. I had the front seat 100 feet away downstream of him while he demonstrated spey casting. His loops actually sizzled! Chris Andersen of Sage gave an excellent demonstration of Skagit casting. It was nice to see Chris again, as I have not talked to him since we met on the Klickitat.
There were lots of rods to cast from Sage, Burkeimer, St. Croix, and Echo. Casting without any current in a muddy estuary really played havoc with me as I grabbed my western steelhead rod and couldn't seem to cast it. Dave P. could make the transition, but I had a harder time.
I saw Rick F. cast a country mile with a Burkeimer.
I also had an agenda. I wanted to try out my 514 grain Skagit short custom hacked line on other rods, and compare them to my old Flylogic 1308. The surprising thing was that I liked the old Dec Hogan Flylogic rod much better than the new Dec Hogan rods. They seemed to collapse; too much flex. I liked the Burkies, but the rod that just gelled perfectly for me was the Echo classic 13'6" 8wt. It was like George Burns meets Gracie Allen; symbiosis.
Steve Nelson was there, and I got to enjoy talking with him about western steelhead. Good luck on your upcoming trip Steve. Knock their socks off! Bet it was fun watching me wrap the line around my head while casting your Salmon King rod. I think the right line for the rod might be a twenty pound hunk of lead attached to running line...

The three of us from the Milwaukee contingent of spey bums got our picture taken with Simon. I am the ugly one next to Simon that looks like Grizzly Adams on a bender.

We three got to take a nip of single malt out of Simon's special river-JuJu flask. Let's hope it rubs off....
Posted by Erik Helm at 11:20 AM